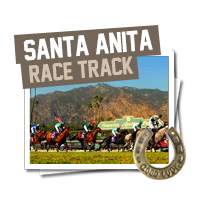 Santa Anita Park is one of the most well-known race tracks in the world. It’s the premier thoroughbred racing venue in California and is quickly becoming the premier racing venue in the United States. The Breeders’ Cup World Thoroughbred Championships has been held at Santa Anita Park in four out of the past six years. 2014 is the third year in a row that horse racing’s most important day will be held at the Great Race Place.

Besides the usual turf and dirt ovals found at other racetracks around North America, Santa Anita is also home to the unique "downhill turf" course for races up 6 1/2 furlongs in length. The course is a downhill chute with a slight right-hand turn that crosses over the main track before straightening onto the main turf course. 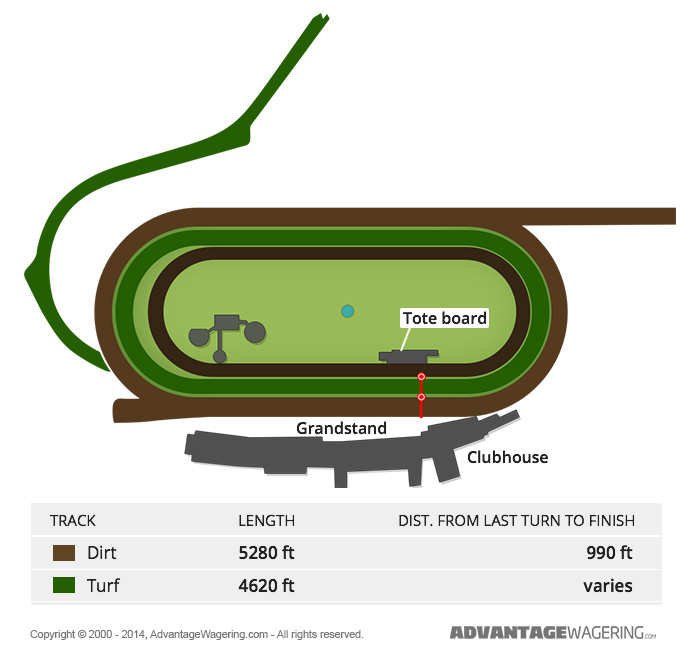 Santa Anita’s most historic and important race is the Santa Anita Handicap, but that’s not the only race that Santa Anita is known for. The Santa Anita Derby has historically been the race of choice for West Coast horses looking to run their way into the Kentucky Derby. Santa Anita will start running the American Oaks for the first time in 2014.

The historic Grade I Santa Anita Handicap, the Big ‘Cap as it’s affectionately known, is where Seabiscuit romped home in “The Hundred Grander”, the first ever race worth at least $100,000. In today’s dollars, the race was worth a cool $2.2 million. Today, the race is considered one of the most important of the year for handicap horses. It’s routinely won by a horse that ends up being a favorite in the Breeders’ Cup Classic.

Historically, the Grade I Santa Anita Derby has been one of the most important races in the nation for Kentucky Derby hopefuls. The race has produced sixteen Kentucky Derby winners including I’ll Have Another in 2012. Any horse that preps for the Triple Crown races is likely to enter Santa Anita Derby for its $1,000,000 purse and historic implications on the Classics.

Santa Anita has inherited the American Oaks from Hollywood Park, which no longer runs live races, and the race has been renamed as the Summertime Oaks. Restricted to three-year-old fillies and run at 1 ¼ miles over grass, the race routinely attracts some of the best turf running fillies in the world. It’s usually an incredibly competitive race as well, making it perfect for horseplayers.

Find the best odds for your horse online and place your bets within minutes !